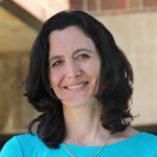 Moira Zellner joined the Department of Urban Planning and Policy in January of 2006. Born in Buenos Aires, Argentina, Moira earned her undergraduate degree in ecology at the Centro de Altos Estudios en Ciencias Exactas and pursued graduate studies in urban and regional planning and in complex systems at the University of Michigan.

Before coming to the United States, she worked in Argentina as a consultant on environmental issues for local and international environmental engineering firms and for the under secretary of environment in the city of Buenos Aires, in projects related to domestic and hazardous waste management, river remediation, industrial pollution control, and environmental impact assessments. She also participated in interdisciplinary and international research projects on urban air pollution and on the spread of tuberculosis through public transportation.

In the United States, Moira's professional work includes greenway development and river restoration projects in Miami Beach and in California, and transportation surveys. In her position at UIC, she has served as primary investigator and co-investigator for multi-disciplinary projects studying how specific policy, technological, and behavioral changes can effectively address a range of complex social and environmental problems, where interaction effects make responsibilities and burdens unclear. Her research also examines the value of complexity-based modeling for participatory policy exploration and social learning with stakeholders. Moira teaches a variety of workshops on complexity-based modeling of socio-ecological systems, for training of both scientists and decision-makers.