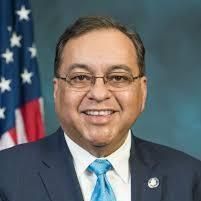 Joseph P. Galvan was appointed by President Donald J. Trump to serve as the U.S. Department of Housing and Urban Development (HUD) Midwest Regional Administrator in the Chicago Regional Office in December 2017. Mr. Galvan returns to this role as he was appointed by President George W. Bush to serve in this capacity from 2001 to January 2009.  He is responsible for the oversight and delivery of HUD programs across Illinois, Indiana, Michigan, Minnesota, Ohio and Wisconsin. He is currently the chair of the Chicago Federal Executive Board and Chair of the Regional Interagency Council on Homelessness. He serves as HUD's liaison to elected officials, congressional delegations, associations and stakeholders.

Prior to joining HUD, he worked as a Principal with Galvan & Associates advising housing authorities on program performance, compliance and executive management issues. Previously, he was the President and owner of his consulting firm with offices in Chicago and Washington, DC.