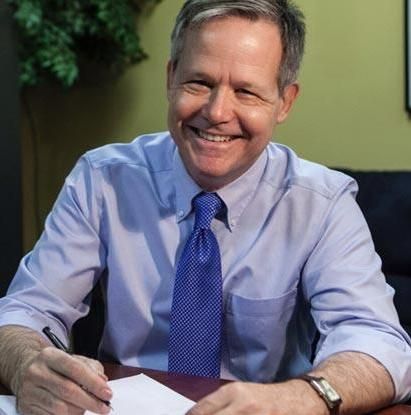 James received the Dr. Martin Luther King, Jr. Humanitarian Award from the University of Chicago Medical Center in recognition for his efforts to address racism. This work started in high school, when he helped organize a student club that highlighted the effects of racism on campus.  He has been honored by numerous organizations for his work fighting on behalf of the homeless, domestic violence victims and those living with HIV/AIDS.

One of James’ proudest accomplishments from his most recent term as Alderman has been finding housing for 96 previously homeless residents who were living in inhumane conditions under the Lake Shore Drive viaducts.  This effort was so successful that it is now being used in other parts of the city to obtain housing for people trapped in the cycle of homelessness. Alderman Cappleman also pushed the City to develop a system whereby social service agencies collaborate and coordinate so people in need can get services – and results – in a more timely manner. That new process will be rolling out in 2019.

To address the challenge of people living with mental illness going in and out of the prison system, Alderman Cappleman sponsored a resolution in 2017 that called for the City of Chicago, Cook County, and the State of Illinois to collaborate and introduce interventions to reduce prison recidivism, especially among those experiencing mental illness. As a result, both the State of Illinois and Cook County now refer released prisoners to City programs which help them find full-time employment. Alderman Cappleman continues supporting interventions that are results-oriented and that can document real success for people who need help.

James has worked hard to create employment opportunities to give every ward resident a chance to succeed.  In the last year alone, the number of new businesses opening up in the ward has doubled.  His leadership in securing renovation of the Wilson CTA station – previously considered the city’s worst – has dramatically improved public safety and access for those with disabilities, as well as and providing jobs to local residents.  He fought to increase the number of foot patrol police officers in the 46th Ward’s crime hot spots. His success in securing a partnership to renovate our treasured Uptown Theatre – a goal of neighborhood preservationists for over 35 years – will make our ward an even more vibrant and attractive place to live, work and socialize.

Prior to becoming Alderman, James was active with the Uptown Chicago Commission and served two terms as their board president. He also served on the board of directors for Annie’s Legacy, a Southside not-for-profit organization that empowered women who had experienced abuse and poverty.

James has a Bachelor of Science degree in Education from the University of Houston and a Master of Social Work (MSW) degree from UIC’s Jane Addams School of Social Work. He lives on Kenmore Street in the Uptown neighborhood with his husband, Richard Thale.  Richard is chair of the 19th Police District’s Court Advocacy Committee, serves as the CAPS beat facilitator for Beat 1914, Court Advocacy Chair for the 19th Police District, and President of the Uptown Chicago Commission.