The developers behind a 74-story luxury condo tower known as 1000M hosted a ceremonial groundbreaking event for the South Loop project.

The developers behind a 74-story luxury condo tower known as 1000M hosted a ceremonial groundbreaking event for the South Loop project on Thursday. The event is a positive sign for long-awaited Helmut Jahn-designed development, which has been in the works since 2015.

“After four years of working hard to bring a vision of an iconic skyscraper to life here on South Michigan Avenue, we are finally ready to begin construction,” said Time Equities CEO Francis Greenburger, who is co-developing 1000M with partners JK Equities and Oak Capitals. 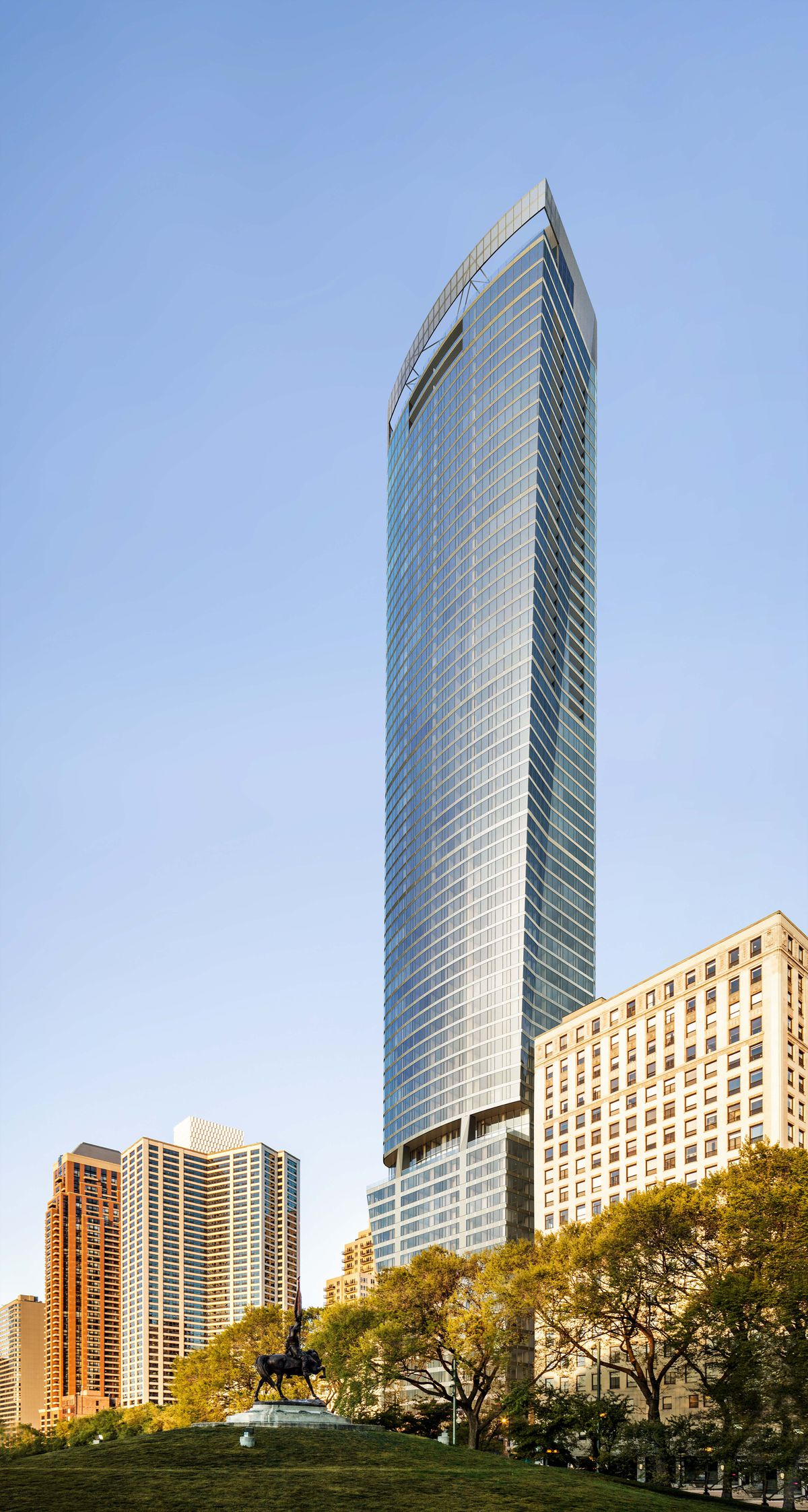 A rendering of 1000M from the park. Rendering courtesy of Millerhare

At 1000M, an excavator is on-site, and the start of caisson drilling is “imminent,” Jordan Karlik of JK Equities tells Curbed Chicago. The South Loop project has also secured financing from Goldman Sachs, the development team announced on Thursday.

Once work does get underway, Karlik says he expects construction to take 30 to 36 months—somewhat longer than the 24 to 28-month timeline provided by JK Equities back in January. Based on the revised schedule, the building would open in mid- to late-2022.

Since kicking off sales in October 2017, 1000M has sold 23.2 percent of its 421 condo units. The priciest residence sold so far was listed for $3.43 million. Seven unsold units, priced between $4 million and $8.1 million, are in “uncharted waters” when it comes to how much buyers were historically willing to pay in Chicago’s South Loop, notes Crain’s.

Earlier this year, the project reconfigured several floors for smaller micro-units. Ranging from 325 to 850 square feet in size, condos in 1000M’s “international collection” start at $313,000 for a studio. “We’ve had a lot of early buyers and thank each and every one of them for their early confidence in the buildings,” said Greenburger.